Fincas and holiday villas in Andalucia

Exclusive holiday rentals in Andalucia - between orient and occident

Discover the magic of Andalucia from your private holiday rental villa.

The magics of Andalusia - home of flamenco, fiestas and folklore. Sun-drenched Andalusia is the southernmost region of Spain, separated from the African continent only by the 14 km wide Gibraltar. Andalucia is a year-round destination - the subtropical climate ensures pleasant temperatures in every season and is also protected from north winds by the mountain ranges in the hinterland. Except in the hot summer months of July and August, in this region it is always possible to combine sea vacations with discovery of the rich culture of Andalusia. Through the intense encounter of Andalusia with the Orient and the almost 800 years of cultural interpenetration between Christians, Jews and Muslims, their historical credentials are still visible in the cities today. The millenary history of Andalusia has left an immense artistic legacy. The Alhambra of Granada, the Mosque of Cordoba or La Giralda and the historic center of Seville are landmarks of human history. 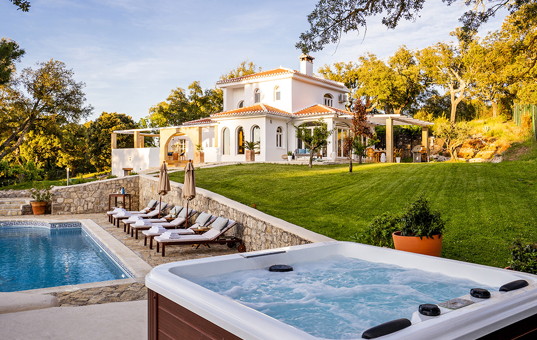 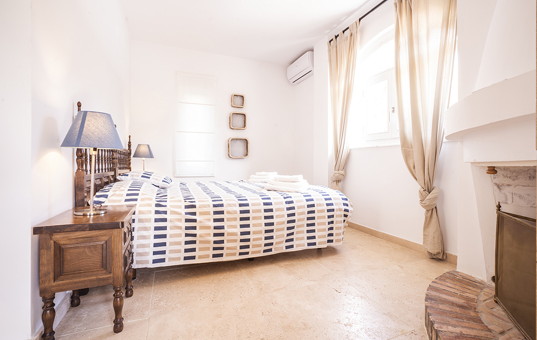 Villa Granada | Modern holiday villa in the heart of Andalusia with heatable pool and private tennis court
Villa Granada has an idyllic setting, perched on a ridge and surrounded by a well-kept property of 7.000 sqm with mature trees. The villa offers beautiful views of the mountains and the Natural Reserve of Sierra de Tejeda and is an ideal starting point to explore the region of Malaga, Granada and th... Read more 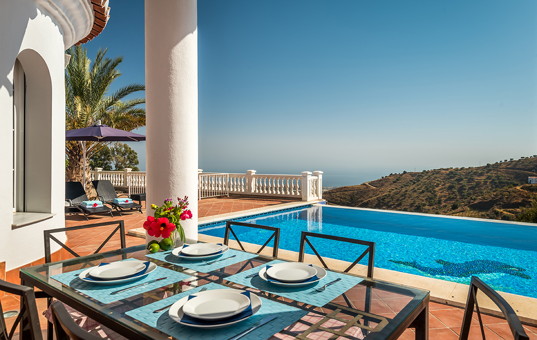 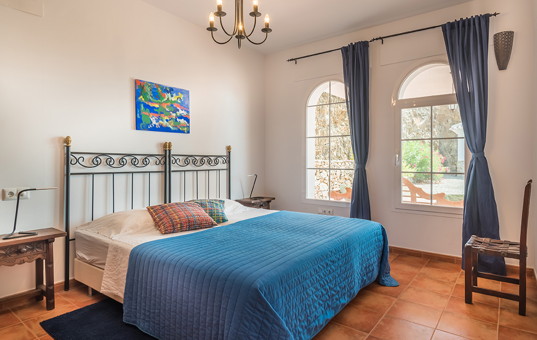 Villa Andalucia | Modern holiday rental villa with private pool and stunning sea views in Andalucia
Villa Andalucia is very suitable for a comfortable holiday in the Spanish sun – with all comfort and luxuries one might wish. The villa is surrounded by mountains and trees and situated fantastically with a panoramic view of the Mediterranean Sea, It is protected by beautiful rock walls and an... Read more 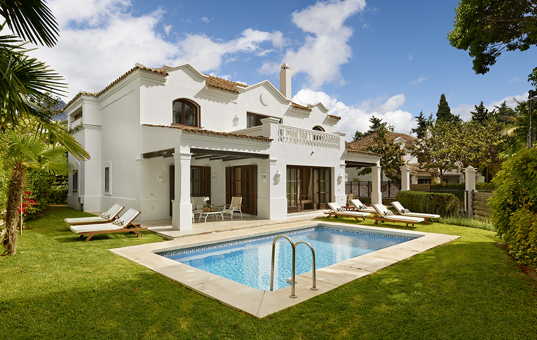 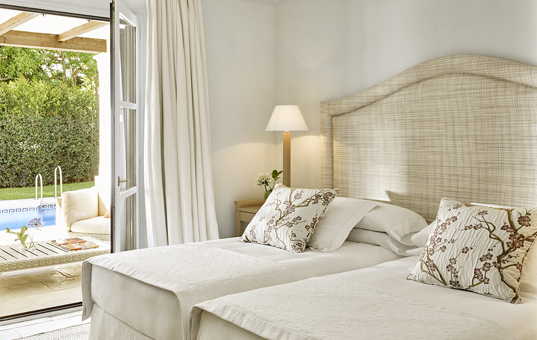 Marbella Club Villas | Exklusive villas in luxury resort directly by the sea with pool, private garden and service
The legendary and glamorous Marbella Club Hotel is situated in one of the most beautiful and long beaches of Costa del Sol, with its beautiful, well-kept gardens and green oases right by the sea.
Founded in 1950 by Prince Alfonso, this appealing Mediterranean hideaway has attracted the internat... Read more 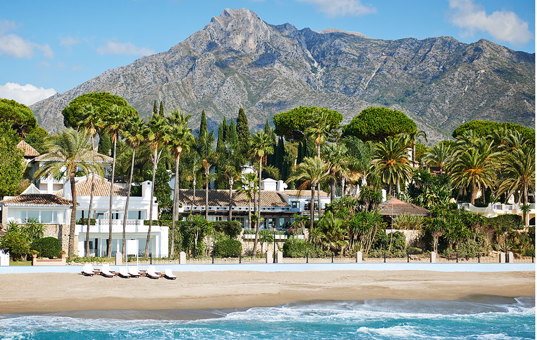 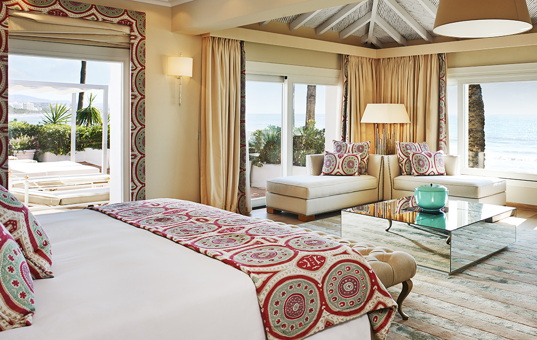 Villa del Mar | Unique and exclusive luxury villa in top location on the beach Marbella
Nestled in the heart of the legendary Marbella Resort, right on one of the most extensive beaches of the Costa del Sol, Villa del Mar is a masterpiece of Andalusian architecture. The villa is also known as the "little wonder" of the Costa del Sol.
In the midst of its magnificent gardens, inspir... Read more
Please call +49-89-833 084
Back to top